Reflecting on Little Village’s role in the Afghan refugee crisis 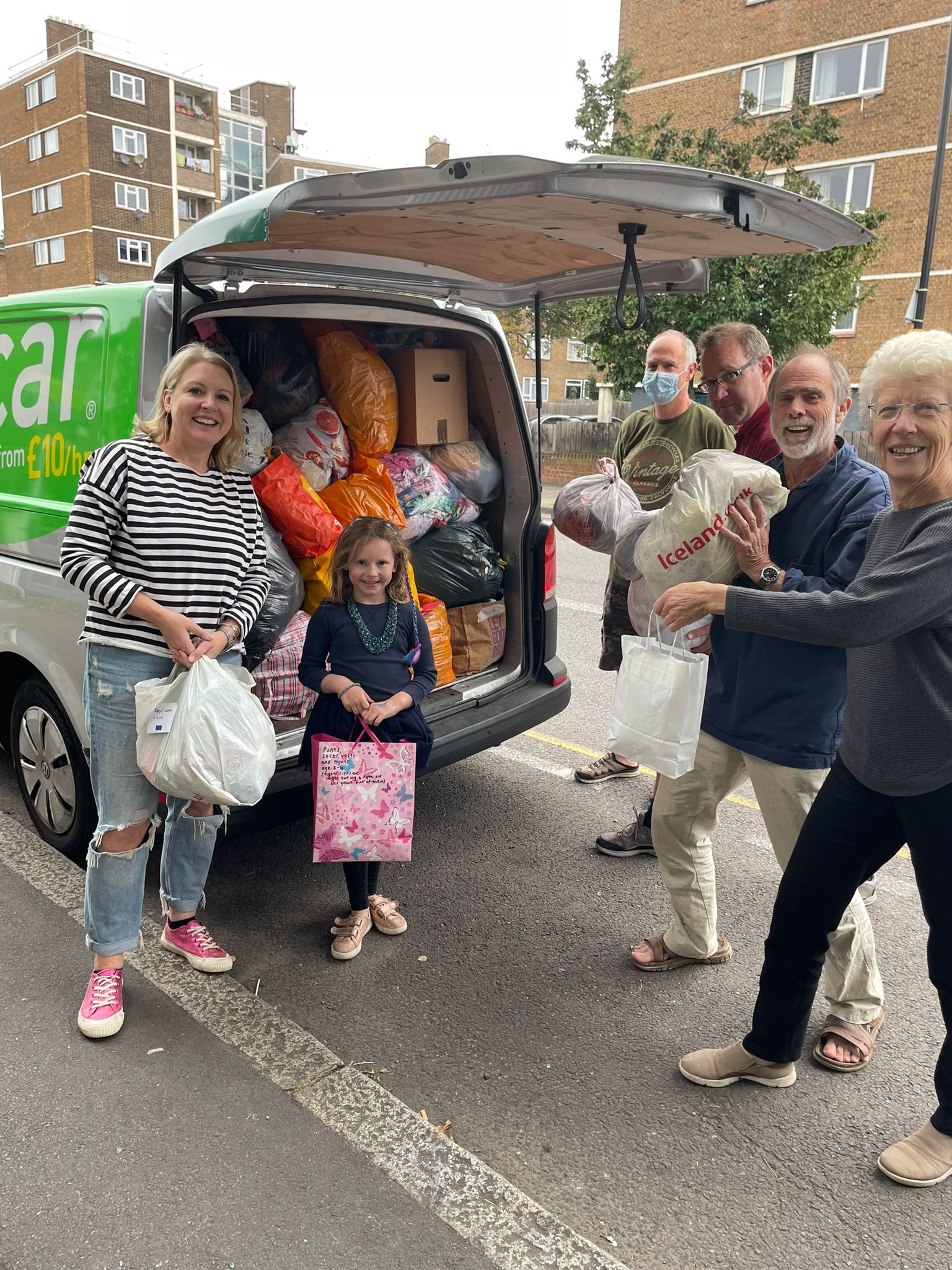 “The true measure of any society can be found in how it treats its most vulnerable members.” Mahatma Gandhi

After watching helplessly in horror at the chaos unfolding at Kabul airport, I’d been wondering when the call might come. At Little Village, we operate a network of ‘baby banks’ which provide essential goods such as cots, buggies, clothes and nappies for babies. When we first heard of Afghan families arriving in a central London hotel without any clean clothes or nappies for their children, it was a relief to be able to use our organisation’s resources to do something positive to help.

Requests for support came through in dribs and drabs at first – from other charities, a London borough, and then we were linked in with the Voluntary and Community Sector Emergencies Partnership (VCSEP) who have been doing an amazing job of co-ordinating the response from organisations across London.

Since that first hotel, Little Village has supplied over 700 bundles of clothes, toys, toiletries and nappies for children and taken the lead on supporting 0-5 year olds in hotels across London, co-ordinating with other baby banks and community organisations.

However, we’ve been battling a real lack of information on the ground, with little to no central co-ordination and often a reliance on the willingness and capacity of (often very overstretched and overwhelmed) hotel staff to co-operate with us. There have been instances of deliveries being made by VCSEP charities turned away by security at hotels and of donations being left in a pile in car parks for residents to ‘fight it out’ between them as to who gets the pick of the best items.

This is a far cry from the way we usually work, giving families a choice of high quality pre-loved items either in person or by liaising with one of our volunteers on the phone. A lot of the time we’ve had to guess, for example at nappy sizes, and added them into deliveries for all children up to age 5 – due to the likelihood that traumatized young children might not stay dry overnight.

It has, however, been wonderful to experience the willingness to support Afghan families. Our staff and volunteers dropped everything to help, cutting short holidays, enlisting their whole family to volunteer, opening up their homes as donation points, driving across London late at night to ensure the hotel drop happened that day….the list goes on. We were overwhelmed with donations of clothes, nappies, toys and activity packs. Our hubs received deliveries of new clothing ordered online and sent anonymously. It truly has been an outpouring of love, and has made me hopeful that refugees are truly welcome.

As we turn to the ongoing support that is important for these families now, I feel ashamed that it has been such a chaotic start after a traumatising escape. Sadly that chaos is continuing for many, with a lack of information provoking significant anxiety.

One refugee quoted anonymously in the Guardian said: “No one can tell us about how long are we going to stay here or what will happen afterwards,” he said. “There is no phone number that we can ring to ask the authorities and when you message the email address for Arap [the Afghan relocations and assistance policy] they will not respond for weeks.”

Lots of families remain in ‘bridging’ hotels and the quality of support they’re receiving seems to depend on the willingness and capacity of the local council in that area to co-ordinate support such as health and education provision.

This is not unfamiliar to Little Village. We’ve been supporting asylum seekers and refugees since we were founded in 2016. Given that most asylum seekers are not allowed to work and have to survive on as little as £5 a day, baby banks and food banks can often be a lifeline.

We’ve worked closely with another charity, Happy Baby Community to support pregnant women and new mothers in ‘Initial Accommodation Units (IAUs)’ in London. Between us, we support on average 35 families with young children per month, including pregnant women and new mothers, in hotels across Greater London. We see women housed in IAUs for much longer because of a lack of suitable accommodation to move them on to, just like the Afghan families now in ‘bridging’ hotels.

In these units we’ve come across babies and infants denied safe places to sleep, mothers unable to access safe methods to sterilise feeding equipment, without adequate baby milk or nappies. We know of women who have been denied transport to medical appointments and gender specific facilities and who have been moved close to due dates, contravening the ‘protected period’ where women are not supposed to be moved for 6 weeks either side of giving birth.

We have raised our concerns and specific examples about the use of hotels as an emergency IAU in a submission earlier this year to the Chief Inspector of Borders and Immigration on the use of hotels and barracks as Initial Accommodation for migrants. It’s sad that the Afghan refugees’ experience is proving incredibly similar.

Organisations like Little Village and the amazing VCSEP partners will continue stepping in until things change, but our work is continually fraught with difficulties getting clear information about where women are housed and what their needs are as we are kept at arms’ reach. The Home Office seems stuck in a quandry – it needs the voluntary sector to step in but by fully engaging with us, it looks like an admission that the service they are providing to migrants is woefully inadequate. And through this lack of joined up thinking, people inevitably fall through the gaps.

The experience we’ve had over the past couple of months is that there are many, many people who want to help asylum seekers and refugees. However, the stark reality is that most of the Afghan children who have fled to the UK for safety will grow up in poverty, with little to no support for the emotional trauma caused by their journeys here. That shouldn’t be a given. We still have a long way to go to before we can get close to a systemic approach for that offers dignity and real support to some of society’s most vulnerable members. 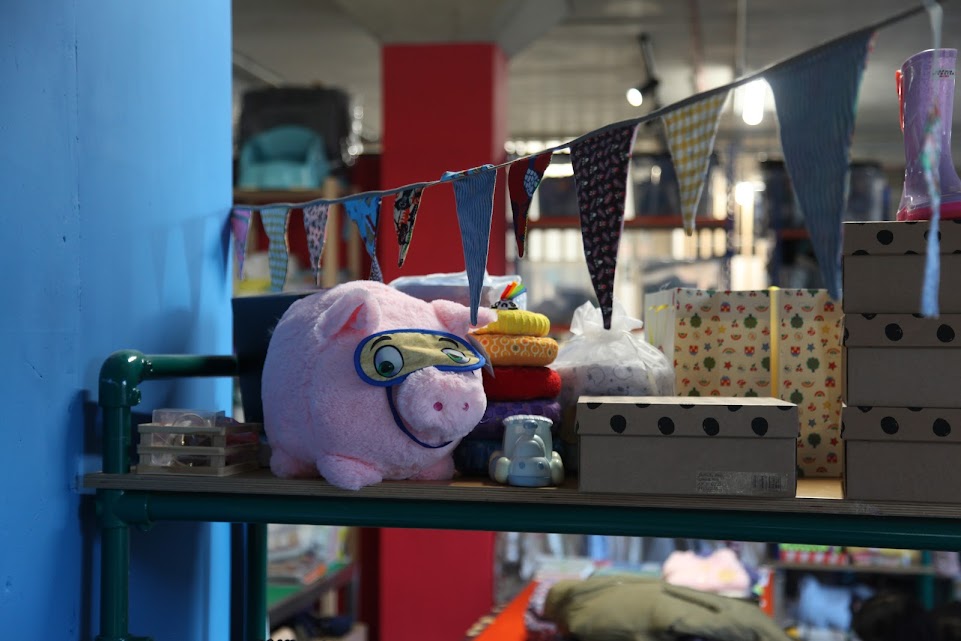